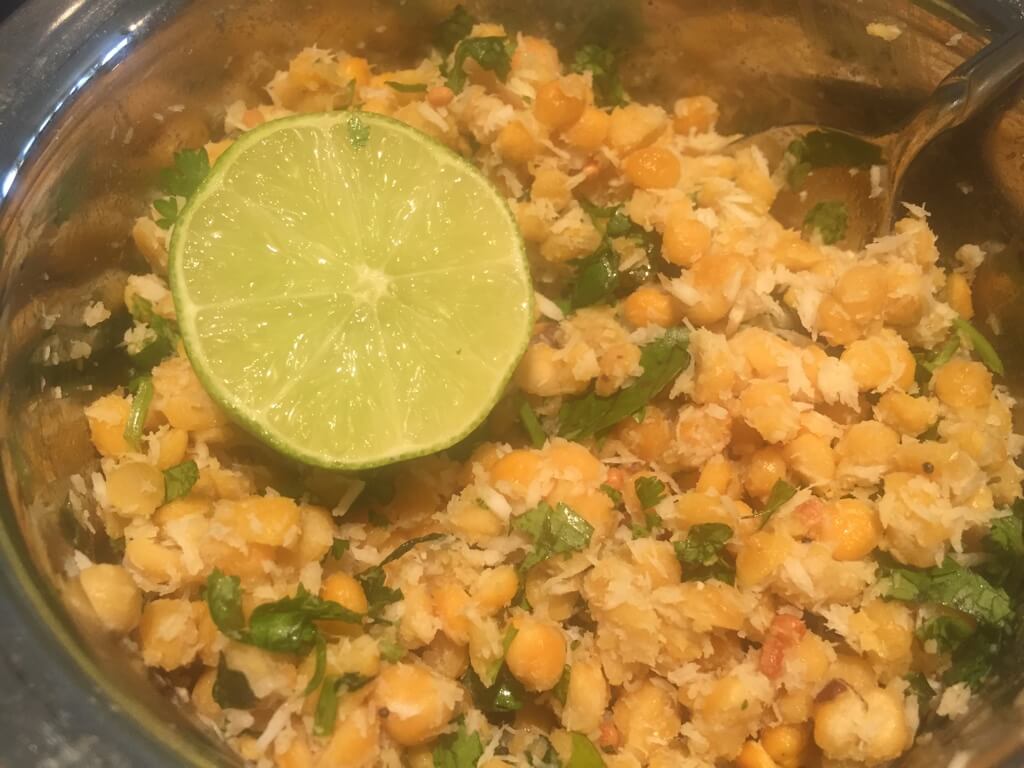 Sundal is the generic term for the South Indian protein/complex carb dish that is made mostly by (sometimes) soaking and then steaming legumes, and seasoning them mildly, and garnished with coconut, cilantro. Roughly they can be equated to salads. They pack a protein punch, and are made during the festival season of Navratri in the southern part of India, on all nine nights, with different legumes such as chana dal (Bengal gram), chick peas (white as well as the small brown kind), peanuts, green gram, etc. Most of them are made with salt and mild spices, but there are a couple of recipes which are sweetened with jaggery and coconut.
I made the one with chana dal for Ganesh chathurthi, which celebrates Ganesha, the god in Hindu mythology who removes obstacles. Sundal is considered one of his favorite foods.